Once we’re in a relationship, we tend to have the feeling that we really own our guy. As a result, we are constantly afraid of losing him and end up feeling an almost sickly jealousy, especially when he talks to another girl: a colleague, a neighbor, the grocer, the supermarket cashier … But that concerns us. , for these gentlemen, it is really something else. Since we rarely talk about male jealousy, maybe it’s time to get started. Without further ado, here are the signs that prove that Jules is a bit jealous and possessive.

1.He wants to have the final say in your decision making

The jealous guy wants all the decisions you make to go through him, whether for work, friends, school, family … Even if you decide to enroll in a gym, a music class or whatever, he can’t help but give his opinion while hoping that your final decision will be influenced by his opinion. However, if you ignore his advice, he will get angry with you and criticize your decision, even in the future.

2.He always wants to know where you are and with whom

The jealous guy can’t stand not knowing where you are or who you are with. If he’s not by your side, he has a constant need to know your every move. So, he will always ask you where you are going, what for, at what time, with whom … Also, he will tend to ask you several times for the same thing “to remember”, he says, but deep down, he wants check if you always give the same answer each time. Obviously, if he knows you are on a date with someone he doesn’t like, he won’t hesitate to piss you off.

When Jules is jealous he always wants you to be together always, and what he doesn’t like is that you are doing things on your own or with your girlfriends and he’s not there. For him, that means outright betrayal, because you get to have fun without him. He finds that it’s not normal to go out with friends without his boyfriend to watch. Moreover, he does not hesitate to criticize the couples who do that.

4.He calls you too often

If you want to know if darling is jealous, check the number of his calls per day. If he calls you too often, and that for anything, know that he is jealous. This is especially the case if he asks you every time what you do and who you are with. You might think he thinks about you all the time, but deep down you’ll realize that this is his way of gaining control over you. You will also notice that the number of his calls increases especially if you don’t answer and he can’t figure out where you are.

If you are thinking of making plans without your boyfriend, and if he tells you that he is sad, that he is suddenly sick or that he is angry for some reason, then he is really jealous. To keep you and to make you feel guilty, he blackmailed you emotionally. If you ignore it, it will make it even stronger. He will not hesitate to let you know his pain by going to the emergency room, by deliberately not sleeping or eating …

For the jealous guy, the novelties do not really delight him, because he prefers a married life without too many twists. So if you offer him new activities, he may growl, especially if you plan to do them on your own. For him, a new environment always means new knowledge and a potential threat.

7.He controls the way you dress

The jealous darling does not appreciate some of your clothes, especially those that reveal certain parts of your body. Certainly, he won’t like to see you with a skirt, a fitted blouse, a short dress, a low-cut top… He does this simply because he is afraid that you will attract other guys. But he will not tell you directly, he will find pretexts that this garment does not fit you, that it is vulgar or that the color does not suit you. 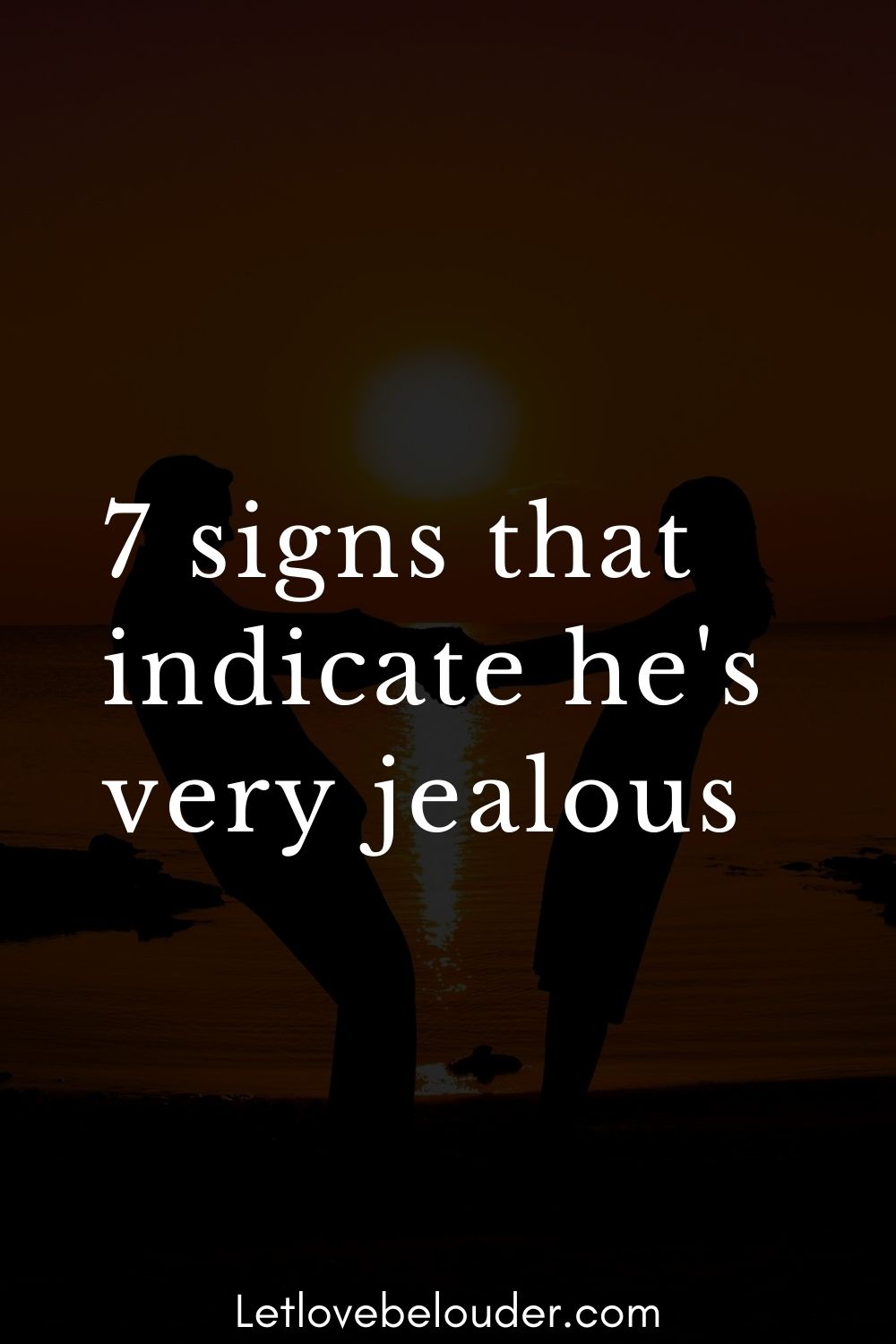