If you suspect that your man is cheating on you, don’t wait until you catch him red-handed before you do something about it. If he hides his game well, having solid proof is a real obstacle course. In this article, we show you the telltale signs of a fickle man.

1.A sudden change in schedule

The obvious sign of the fickle man is the change of schedule, as deception requires spending a lot of time on one over the other. If his previously well-organized schedule suddenly becomes unpredictable, that says a lot about his infidelity. An unfaithful spouse leaves early for work and does not come home until very late, claiming inevitable overtime, an urgent meeting at work, a flat tire on the road, a date with friends in a bar… He also goes out to fixed hours every weekend.

2.A fixette on his laptop

The telling proof of male infidelity is the cell phone obsession. We recognize an unfaithful man when it is the great love between him and his smartphone. He does not let go, he puts it out of sight, and he even sleeps with it by putting it under his pillow. He gets angry when his cell phone is not within reach. He does not pick up some calls in the presence of the official or goes to another room when he rings. We also recognize him when he smiles all alone while reading his messages.

A man who has made the acquaintance of a new conquest nurses himself and takes care of his appearance. The infidel suddenly pays attention to his way of dressing and even to his hairstyle. It may even be that he perfumes himself. He puts cream on his face and looks at his reflection in the mirror before leaving. This coquetry, if he had not done this before, is a sign that he is trying to please another.

4.A big change under the duvet

The unmistakable sign when you’re with a fickle spouse is the change of habit under the duvet. He hasn’t touched you for weeks, whereas before the antics are done almost every night. If he does not have s**x with you, know that he will or has already had elsewhere. But he may also have a greater appetite for s**x. This sudden frenzy is brought on by the adulterous affair or by guilt.

5.He has mood swings

A fickle spouse changes their mood very often because it is difficult to deal with two relationships at the same time. He is very in love, smiling and in a good mood, but a few hours later he is quite the opposite, both slanderous and unpleasant. Because he is unfaithful, he is necessarily stirred by guilt.

To recognize a fickle man, one must remember the anonymous calls received. When you pick up, no one answers on the other end of the phone. But what is strangest is that 10 minutes later, the phone rings again and it is he who answers, and by magic, it was his mother, to whom he insisted on talking to while whispering on the phone. balcony. If you have noticed this several times, beware, because there is surely eel under the rock! 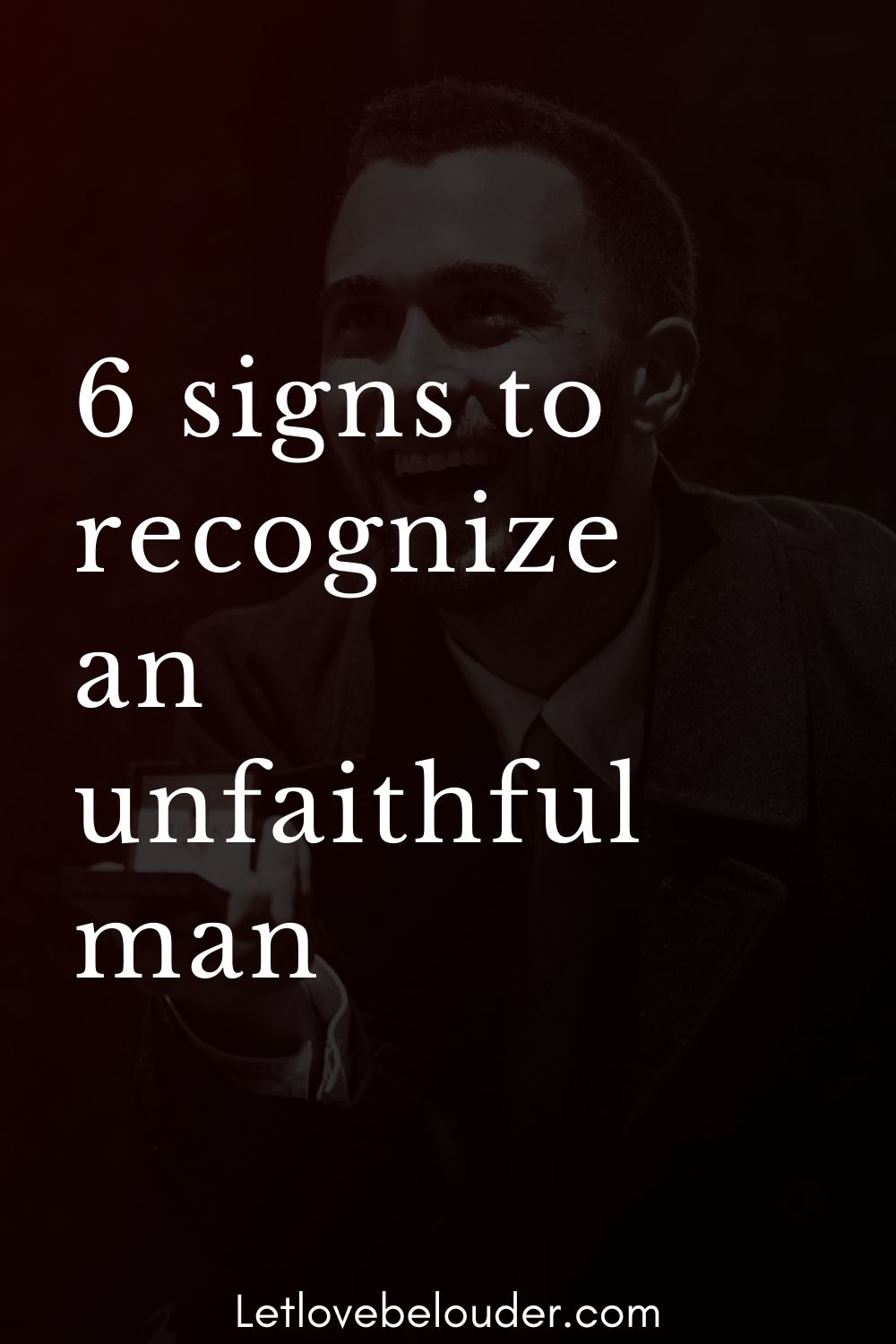