You have the physique, you have good face, you have the most beautiful smile in the world … even if you have everything to please the fairer s**x, if your character fails you, you will only get rejection from them. If you want to be successful with women, you shouldn’t be on this list because it combines all of the types of men that girls hate.

Girls like guys who are open-minded, and racists piss them off because these men are mean and unpleasant around other nationalities. In addition, they do not hide their game. At restaurants, at the cinema or other, they cannot help criticizing people of other nationalities or people who have an accent by making hateful and racist remarks. They flee like the plague this type of guy who seems to be wrong about the time.

The slack is the unfortunate one on duty, but deep down, he’s a good guy. He has no column or tenacity and envy. He is incapable of having a position and an opinion, so he always follows others. When asked for his opinion, his favorite response is “I don’t know”. In a Relationship, he is unbearable, because he offers nothing, and never has an idea, it is always his girlfriend who takes the initiatives, which is really annoying. He is also unable to defend his girl, and that’s the most annoying.

The jerk is the one who takes pleasure in teasing others, only out of sheer meanness. He displays the character of a confident and self-assured guy, but he only demeans others. In reality, he has nothing he can point out, he’s just a super jealous man who always tries to find the loophole in others by bringing their weaknesses to light. He’s a jerk, not a funny guy who pisses off in a teasing way.

The boring guy is the guy who has no life, he doesn’t have much interest, and he prefers to criticize than to act. He never has much to say about himself, what he loves or about his life. What the boring likes is talking about other people. Judging, he knows how to do it like a pro, but without ever undertaking anything. By acting like this, he is never at fault. Girls hate this kind of guy.

The overly romantic only receives good attentions. He wants to be the best of lovers, the best of dads, the best of friends, surely he would be. But a little too much is like not enough, we all know how good chocolate is, but when it is too much, it sucks. He’s not doing anything wrong, but it’s just too… too loving, too kind and too intentional. For him, his girlfriend is the center of the world, and that’s a lot of pressure for her, especially if she’s independent.

He is the one who does not know the difference between “arrogance” and “self-confidence” and who behaves in a haughty way with people. He looks down on them, he believes himself superior to them, and he lacks respect for them. What women like is a hint of arrogance with a touch of humor, but if it’s just arrogance, it’s straightforward. Also, the pretentious is not able to question himself, to recognize and appreciate the efforts of others, and it is not attractive then, surely not!

The guy who has no ambition even if he has the look doesn’t appeal to women. Who dreams of dating a guy with no purpose in life and no ambition? This type of man gives the impression of abandonment and cowardice. Girls appreciate guys who think big, not those who feel sorry for themselves. 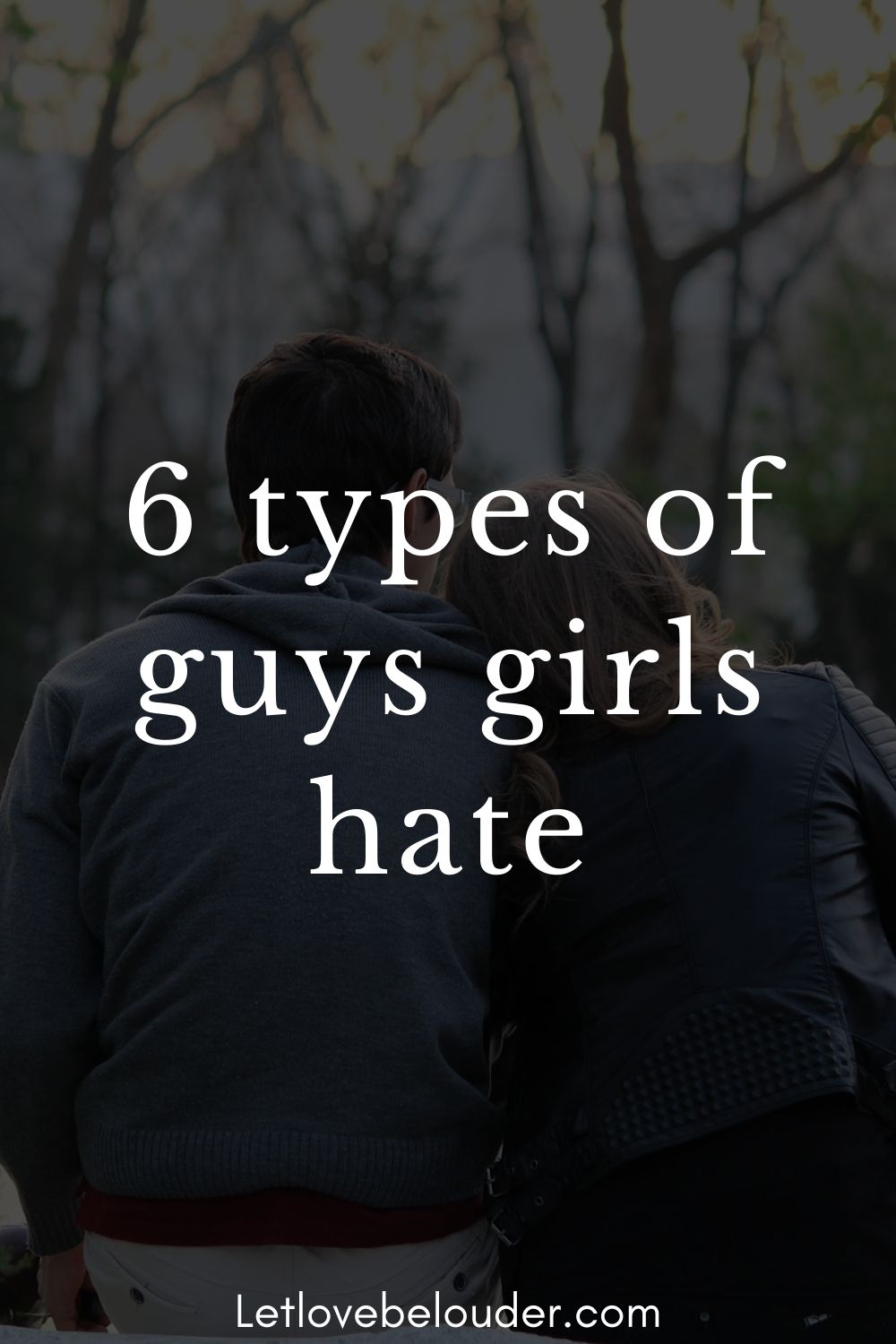