All the reasons for their rejection!

In the past and even recently, you keep taking rakes? Know that in the future, because it will still be the case then, learn to accept them and welcome them. Remember that to become a real seducer, the learning process is long. If you really want to understand women, start by knowing why they are constantly rejecting you.

A woman needs to constantly feel that she is important, and if you are not there to support her, your relationship may not last. Also, if you tend to let go once you feel comfortable in the relationship, it makes her feel lonely because she thinks you aren’t 100% invested. When love and care aren’t reciprocated, she realizes she doesn’t need to stay, and simply decides to leave.

The woman always wants to be wanted and courted. She doesn’t want two-ball frolics, what she wants is for the pleasure to be shared and for there to be spice and spontaneity during coitus. You should also know that she gives special importance to foreplay. When she realizes that her boyfriend no longer wants her or doesn’t make her feel special, she won’t hesitate to move on. For her, it’s all in the head and in the mind, but when the man is stimulated by other women, or he just wants to relieve himself, they are repelled.

3.You don’t do anything at home

We do not deny, before, it is true when the woman stayed at home to take care of everything, but today, things have changed. Remember that your girlfriend is not your mother. She doesn’t have to cook for you, do your housework, or whatever. So get involved, and help them with the housework so that she feels that you are as involved in the relationship as she is.

4.She is not recognized

Nothing is more unbearable for a woman than to feel that you are not paying attention to what she is saying. She is touched by words, and in that sense she needs to feel understood, respected, accepted and supported. She just wants to interact with you because she wants to feel that there really is a connection. She likes simple gestures of communication and love… in short, anything that indicates that you are invested in the story. She’ll go somewhere else when she feels she’s taken for granted.

5.You are afraid to commit

Of course, if you’re still a teenager, love at this age goes, and it comes. But if you are already a working young adult and have been in a relationship for quite a while, it is only normal that you take the next step. Keep in mind that the woman is always disappointed by your lack of ambition in your relationship. It can be frightening to get involved and talk about the future together, but know that she is ready to leave you for it.

You tend to let yourself fall into a comfortable routine. The more the relationship progresses, the more you want to be part of something that is not about you. But what you don’t know is that the woman needs some unexpected moments. In that sense, she wants you to be unpredictable. She wants to know that she matters, she doesn’t ask for much, even a simple gesture of gratitude is enough for her. When you are too predictable, she will tire of you very quickly, and she will look for someone who can always surprise her.

7.You are not present

The woman is capable of putting up with a thousand things, but never, she will not stand that their boyfriend thinks only of going out with their gang 4 out of 3 evenings every week. Of course, she doesn’t need you to be taking care of her all the time, but she appreciates that you are by her side, she only asks for your presence. Once she feels that you start to lose interest in her by spending more time outdoors, she will end your relationship.

8 she is going through a major change in her life

In life, you are never safe from a tragic event like illness, death or any other change, and that directly affects life. It is during these times of change that sudden realizations most often emerge. Thus, she can make the decision to leave you if you do not support her in the change that is taking place, even if she has been with you for a long time. 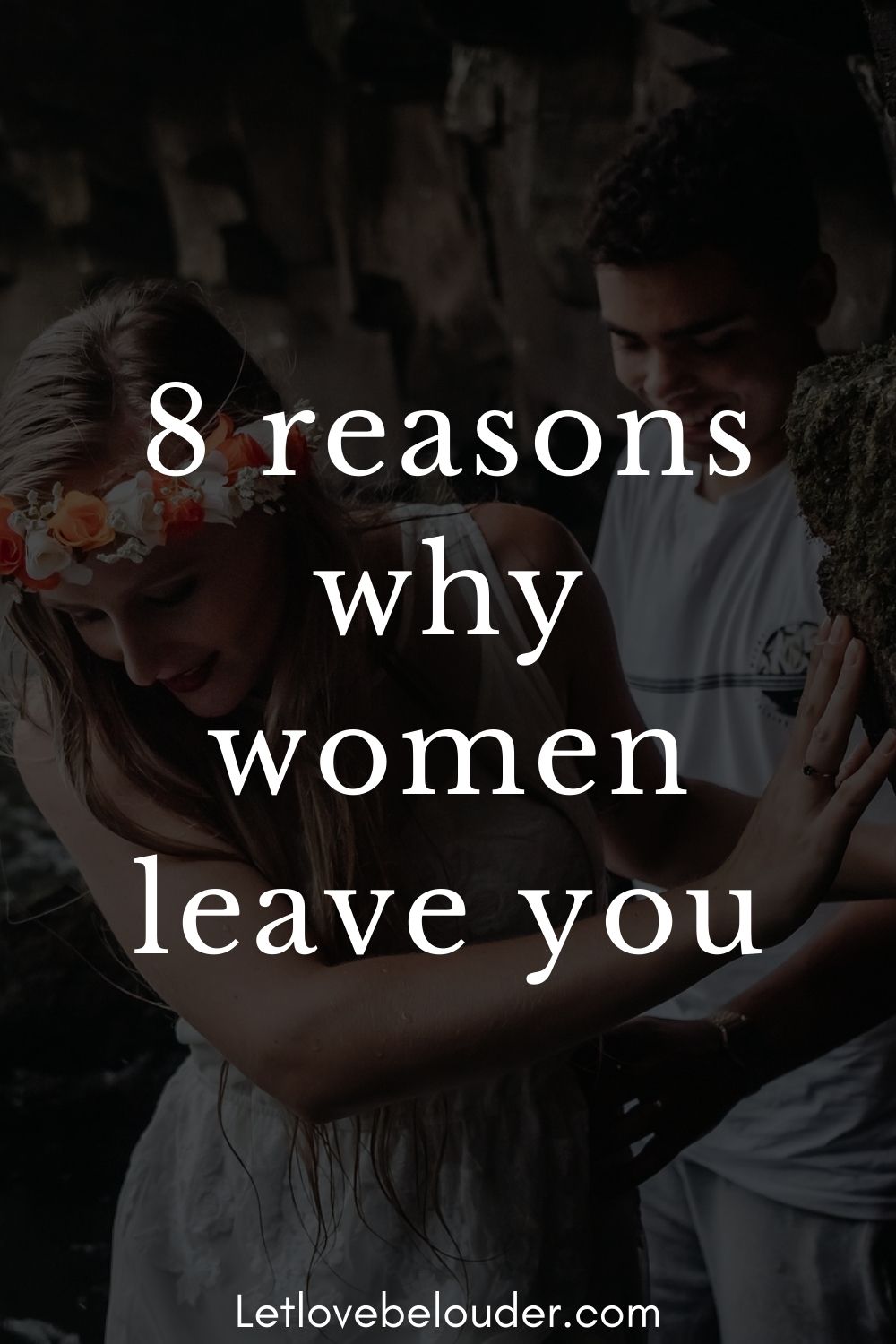