An attractive man, he stands out from the crowd without making any effort!

What makes a man attractive: his broad shoulders, his angelic face, his Apollo body…? Every girl has her preferences and her own definition of a hot guy. For them, it is not only the one who has a dream body, a beautiful little ass well molded in jeans or beautiful blue eyes so much sought after … it can also be a man of character with values ​​and qualities. Being attractive isn’t just about the physical, here’s the proof.

A man who lifts 140 kilos in bench press with beautiful chocolate bars is a strong man, but here we are not talking about physical strength, but that of the soul, an inner strength that allows him to assert himself in whatever he does. He is the one who will stop at nothing because he has the rage to win and a strong will. There is nothing sexier than a guy who knows who he is, and a confident guy who has nothing to prove.

Vulnerability is not only found in girls, but also in men. To be strong, a man must also be vulnerable. Despite the fact that he is strong, he can also confess his resentments, his fears, his mistakes in the past … The fact of sharing creates transparency in the relationship, and subsequently a beautiful authentic intimacy, and it is secret ingredient that makes s**x between lovers sexy.

Integrity is what makes a man a man, and it’s not in a young boy. Even though it may be delusional at the start of the relationship, womanizers, hot rabbits, and narcissists swim in lies, ease, and clouds of smoke to satisfy their desires and to serve their own interests. And there’s nothing attractive about a guy who pretends to be someone he’s not.

Laughter is a real source of happiness, so being with a man with no sense of humor would be like being in prison. Such a person compares himself to a walking cold shower. And let’s face it, it’s hard to pair up with a hyper-serious guy who never laughs. Humor and intellect are inseparable and must go hand in hand. An intelligent man understands the nuances very well and always finds a valve, no matter the situation. A bit of fun is essential for the balance of the relationship.

Stinginess is a real killer, and we’re not just talking about money, but also feelings. Wasting feelings and money may be a lack of control, but being stingy in scoring a penny and neglecting contacts means things matter more than people. Compared to the generous, the tight-fisted are far from the best lovers. Being around someone who is holding back emotionally and physically is not attractive at all.

Tenderness is a synonym of affection and gentleness, it is also heat in action. A soft kiss on the neck before leaving for work, his head resting on your br*ast because his favorite place, a hand that sneaks discreetly into the hole of his jeans to caress her … nothing better than a man who loves and who enjoys every moment for the pleasure of physical contact, whether it ends in bed or not, it’s always very attractive.

A man with a beautiful mind is attractive. But a high IQ isn’t always enough to describe intelligence. It is his insatiable desire to learn, his critical sense and his gift for artistic expression that make a guy intellectual. Whether he’s handsome and well-made or not, if he can’t impress with his mind, there can never be any form of alchemy.

Finding yourself with a person who stays in his corner behind a wall is annoying because there is never the slightest connection. However, a man who has compassion, empathy, humor and a genuine smile is more than disarming. Kindness instantly makes a man very attractive.

The only place most girls want to be dominated is their bedroom, however, never against their will. Whatever the context outside of the love nest, they are not looking for a man who tries to dominate them, one who does not understand the meaning of compromise, respect, communication and reciprocity. A man who feels the need to control a woman in order to feel manly isn’t attractive at all. 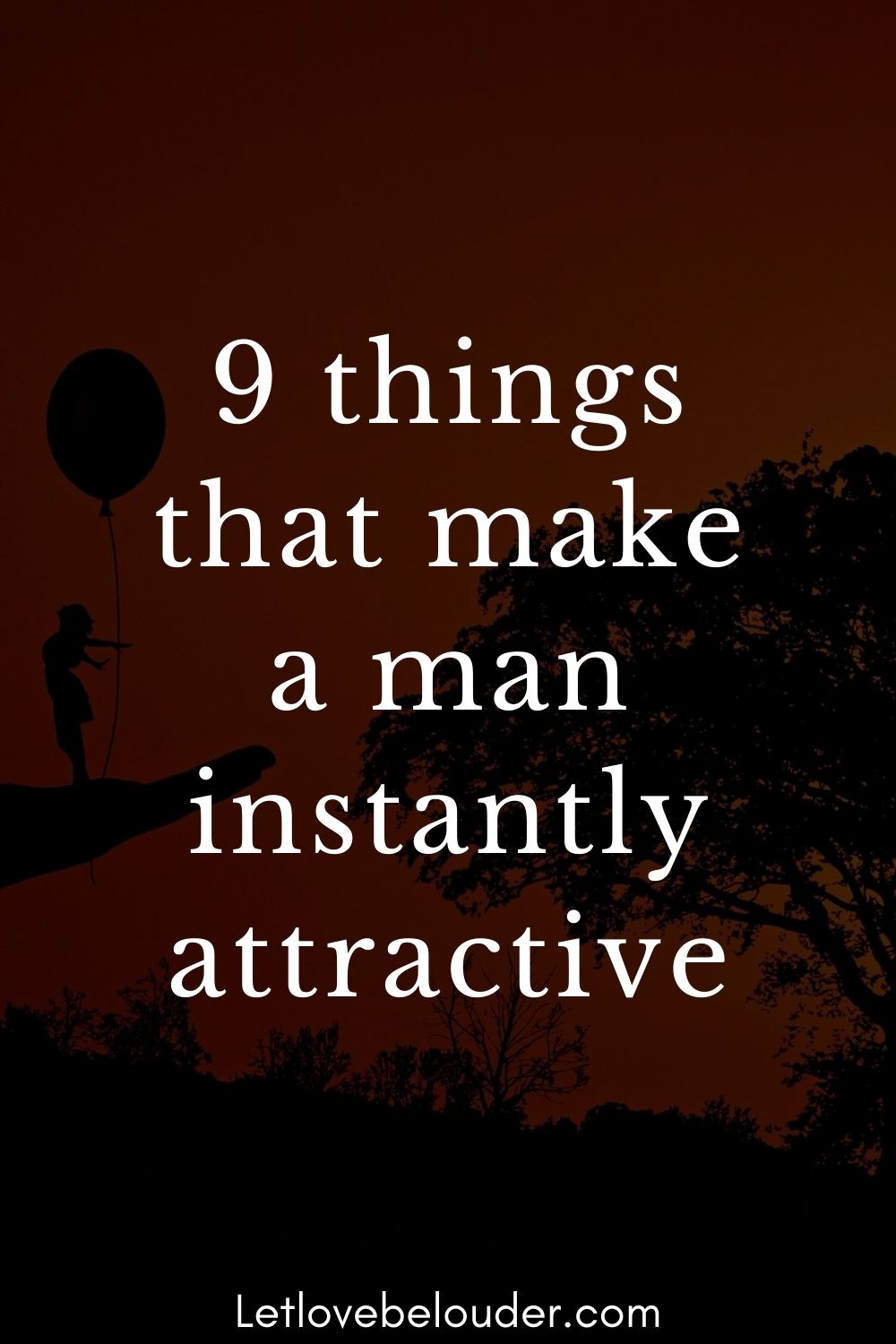